Premiere of "The Nation"

See an open rehearsal at Backa Teater (minimum age of 15)

Added to your personal schedule 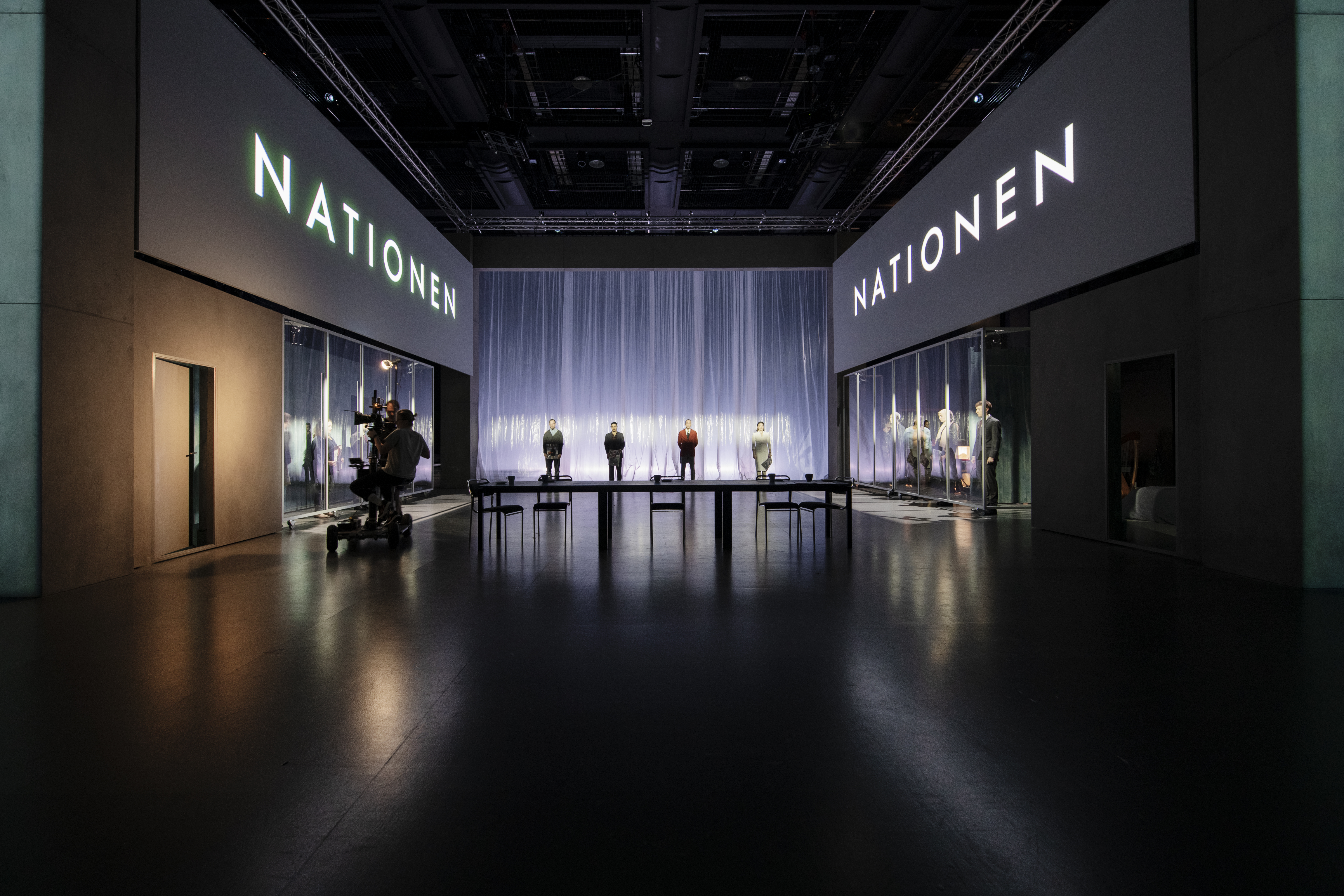 Premiere of "The Nation"

The play "The Nation" is an award-winning and critically acclaimed major investment. "The Nation" is a hint at the format of television and is written in 6 episodes. We binge watch all episodes and the experience turns into a full on theatre marathon.

In the beginning of the play Ismael, 11 years old, is missing. Nobody seems to know if he is hidden, kidnapped or has been abused and killed. The police are looking, but the tracks soon lead towards themselves. His biological mother and his foster parents mourn and demand to know what has happened. The hunt for a scapegoat unravels hidden conflicts. The rich want to be protected against the poor and the construction of the new, family friendly community “Safe City” is shaken by suspicions of corruption. The police are accused of collaborating with extremists. The fires of populism are burning and Islamists want to protect their pureness. The nation is quaking.

Please note that "The Nation" will be played in Swedish.